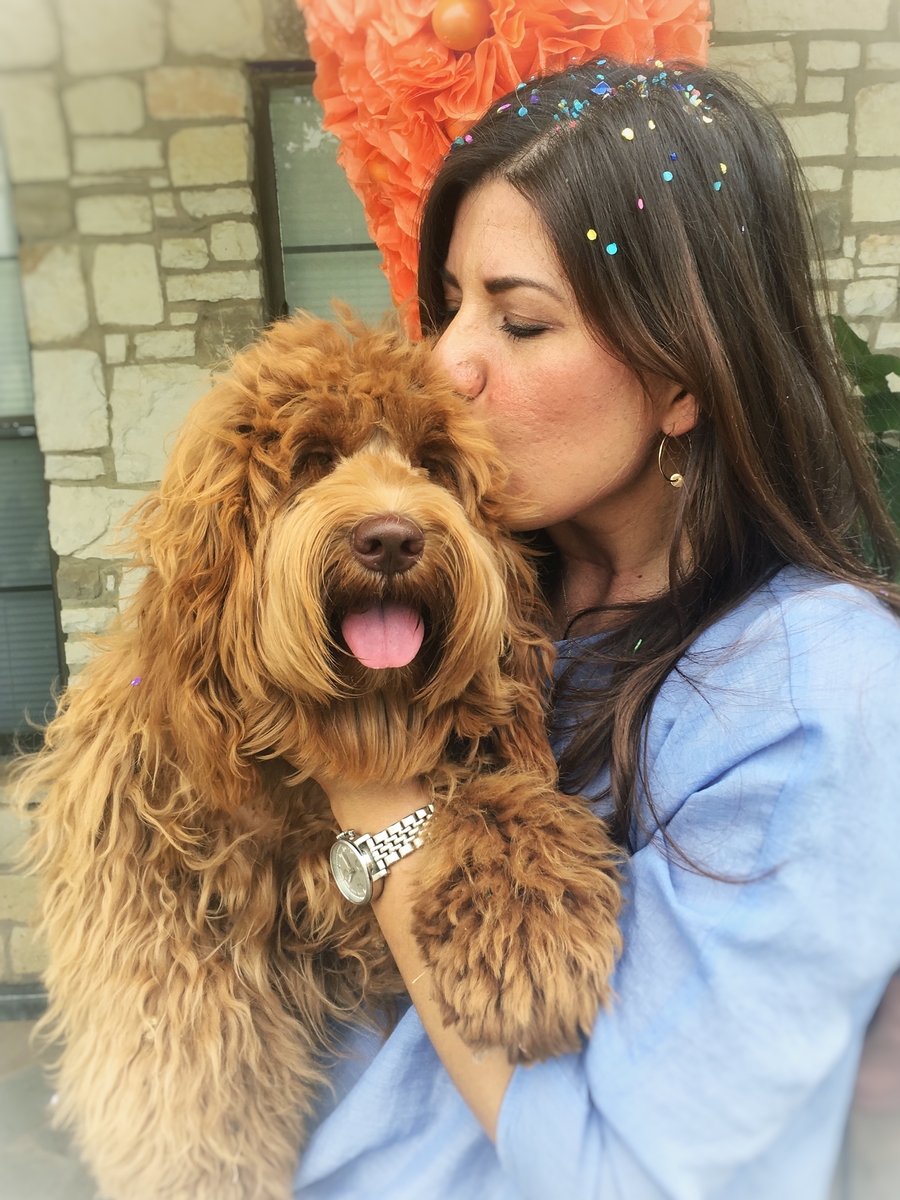 What makes a Labradoodle?

F1 or "First Cross" is a puppy from a purebred Poodle parent and a purebred Labrador Retriever parent.  Because this is a breeding between two dogs that do not resemble each other, these puppies have a wide variety of coats from flat hairy short coats to very woolly poodle coats.  Coats vary in length, thickness and texture and can range from completely non-shedding to shedding.

F1B or "Back Cross" is a puppy with a F1, First Cross or a Multigen parent and a purebred Poodle parent.  These puppies' coats are perfected due to their Poodle parent, however the results are mixed as this is not a pairing between two like dogs.  Coats are typically low to non-shedding.

Multigenerational or "Multigen" is a puppy with parents who are both Labradoodles.

Cibolo Creek Labradoodles bloodlines date back to Tegan Park and Rutland manor.  As the top labradoodle breeder in Texas, we are proud to breed Australian Labradoodles because with consistent quality of the puppies’ coats, appearance, and temperament.  Our Doods have just the right blend of personality and unique characteristics to make the perfect companion.

An easy way to measure your dog is to stand him sideways against a wall, then lay a pencil perpendicular across his back at the top of his shoulder, to mark the wall.  Measure from the floor up to the mark to see how tall your dog is.  You can also measure up the wall and make a mark to see how big your future puppy might be.

Australian Labradoodle Types of Coats:
Fleece: silky soft texture as in the Angora goat. It can have a straight wavy look or a soft spiraling curl look. It is an easy to manage textured coat but does require management weekly.
Wool: curly hair but still feels silky. It should have the appearance of looser spiraling wool which opens up easily to the skin.
Hair: (not considered a type as a standard but some of the early generations may display this type of coat) straight and course like a Labrador but can also be wavy. This coat is usually seen in early generations and not ALDs.

The Many Colors of Australian Labradoodles:
One of the many things I like about Labradoodles is the wide variety within the breed.  With different sizes, and different textured fleece and wool coats, it wouldn’t be right if they were all the same color!  Labradoodles come in many colors to suit just about anyone’s taste.  There are solid colors, and patterns such as parti, phantom, abstract, sable, brindle, merle and multi.  There are slight variations in every color and new colors being identified.  And just to keep us guessing, puppies might fade or darken as they mature.  Check out at all these colors: white, chalk, cream, gold, apricot, caramel, buff, parchment, red, cafe, chocolate, lavender, pewter, and black! 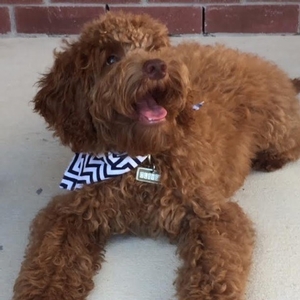 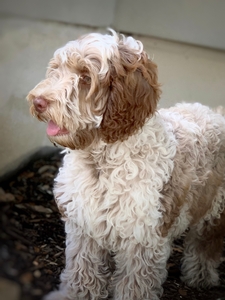 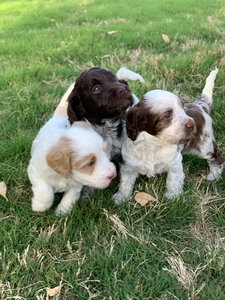 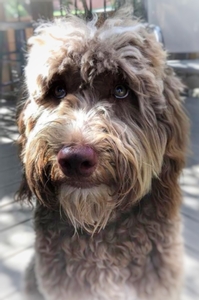 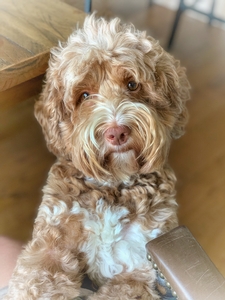 CoCo lives here with us & she makes the prettiest Australian labradoodles you will see.  She wants to be everyone’s momma but still finds time to romp and play. Griffin’s green eyes & gorgeous coloring is the perfect match for her. 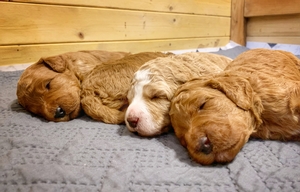 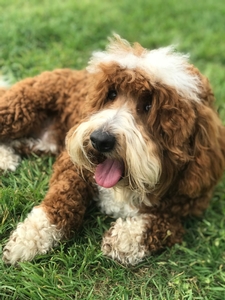 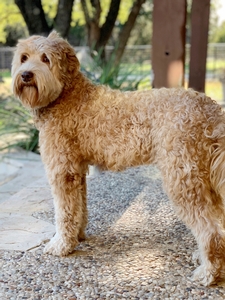 Medium Australian Labradoodles
30 lbs +/-
Match made in heaven! CeeCee had 3 boys and 1 girl. 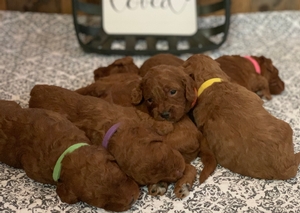 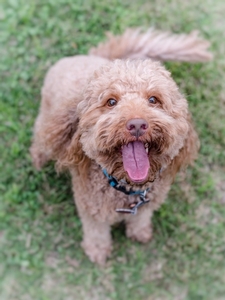 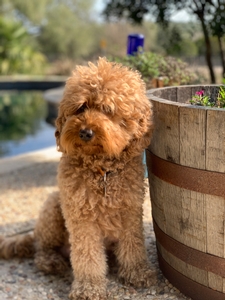 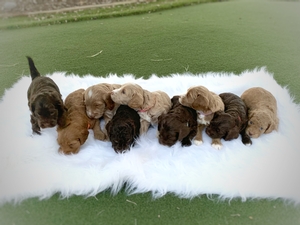 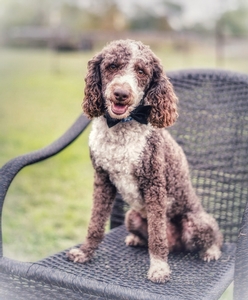 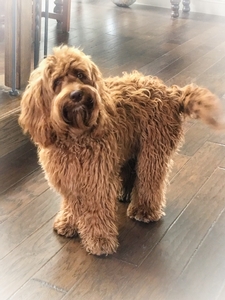 Kloe's litter is all sold out.